My recent 4Runner purchase has opened up several possibilities to explore places that I have only dreamt off. Especially remote locations that you can only access with a high ground clearance vehicle and a 4-wheel drive.

I have been wanting to go to the Mojave National Preserve for quite some time. There is this unique spot that sparked my curiosity – The Lava Tubes. I have seen tons of amazing pictures by other photographers and explorers from this spot and I wanted to experience it for myself. Some have suggested renting a 4-wheel drive to explore such places, but I don’t want to deal with all the aftermath in the event of a mishap, so I kept putting this off. 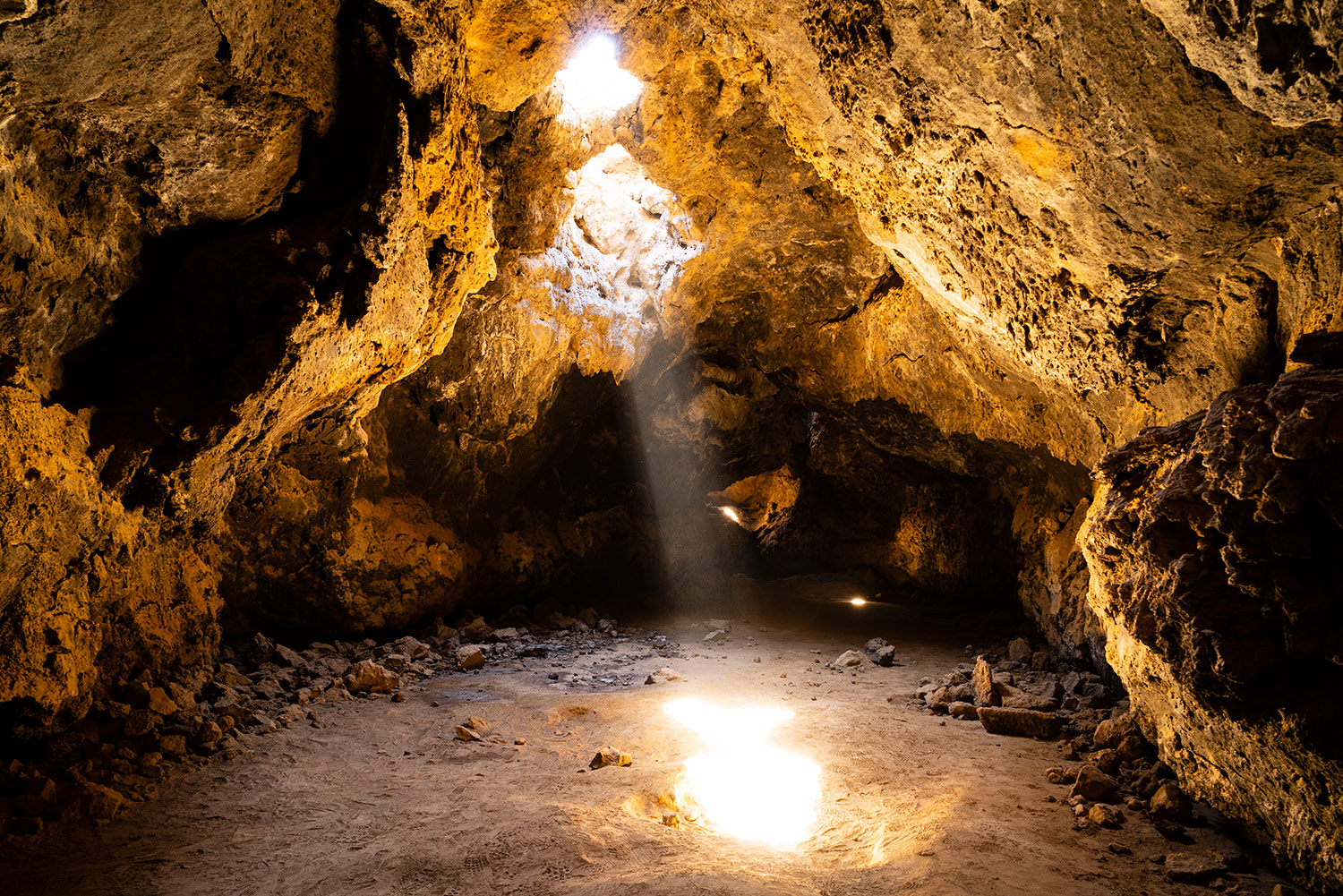 Now that I have the means to go to places like this, I asked my family if they were interested in a possible trip to the Mojave National Preserve. My son’s curiosity and interest in going off-roading with me sealed the deal. With the family on board, I started doing my research on the possible routes and other interesting spots in the nearby vicinity. I wanted to fully utilize the opportunity and explore as much as possible when I am out there.

Summer is not an ideal time to venture into an open desert when the temperate can easily go above 100 degrees. With that in mind, we figured it would be better if we spent most of the time in the car and decided to take it easy by choosing spots along the trail. I did the usual weather check and road closures the previous night just to be sure there are no surprises. But no matter how prepared we are, there always does lie some kind of a twist where not all goes according to the plan. Keep reading and you will know what I am talking about.

Our original plan was to enter the Mojave National Preserve from Baker off of 15 Fwy, through Kelbaker Road as the Lava Tube was only five miles away from the turnout on Kelbaker Road. I also wanted to go to one of the open pit mines on one of the cinder cones nearby and few more spots along the way.

I figured that the majority of the trail is going to be on the dirt road with a few isolated spots where I will have to drive on uneven surfaces to get closer to the spots that we have picked. Since we will be exploring all by ourselves, I did an extensive research on the route that I will be taking used Google maps and GAIA GPS to plot my entire route in and out of the Mojave Preserve.

With full confidence in my driving abilities and a vague idea about the road conditions, we embarked on our journey. Surprise Surprise, when we got to Baker and got on Kelbaker road we found that road was CLOSED. I was bit disappointed and mad at the same time having done all the research for this trip.

We drove into Baker and enquired with some locals to find out what was going. Sadly, even they had no clue about the closure. When I enquired further on how else I could reach the Lava Tubes, one of them recommended that I drive another 30 miles up North on 15 Fwy and try using Cima Road. Finding no information about the closure of the National Park Services website and from the helpline, we were in a dilemma.

One thing I did not consider during my research was to have an alternate route in events like this. With the new suggestion from the local, we checked the GAIA GPS and found a longer route to the Lava Tube.

All I needed was a navigator to guide me by following the new trails that we have just plotted in GAIA GPS – that would be the wife’s job for the day and I must listen to her (For once). We had a choice here whether to drop the plan and return home or push ahead and explore. We decided that we would go for it.

Fortunately, the entrance at Cima was open and there were no indications of a closure anywhere in sight. That was the good sign. We decided that we will go for it. It was an interesting ride… starting off with nothing too bumpy. It was quite clear that there was no other human other than the three of us.

There were loads of Joshua Trees, electric cables, and rundown ranches. We even saw some old windmills and abandoned and neglected ranch. But no humans. Which also means no rangers. (Remember that). We made a few stops to take some pictures of the rundown ranch and the windmills and kept driving towards Lava Tube. Gaia GPS literarily was our lifesaver at every turn. We could see the turns before they came ahead, and make the right ones.

But here is when it got more exciting. We started driving over these hard black rocks. They were volcanic rocks. How cool is that? But it did get a little bumpy. But manageable. Until…

We found ourselves at the bottom of one of the cinder cones with the mini pile of huge black rocks that we had to drive up to continue our way to the Lava Tube. This actually was an unmarked trail that ideally would take us over the dormant volcanic cinder cones. I had to drive up unstable rocks?? Woah! I didn’t see that coming at all.

One thing I have not conquered in Gaia GPS is how to read the topography of the spot to see if the paths are going uphill, downhill or are flat. I guess that just came back to hit me now.

The thing is that was the only way to the Lava Tube. We really wanted to go there. So I decided that I had to trust my new car and go for it. While I was a wreck all the way up, it felt good when I finally made it through. I took it nice and easy so I don’t make mistakes. But once I made it up, it felt like I accomplished something major! And I did! I drove across jagged giant volcanic rocks and made it!

Things got a little smoother from there for a while with patches of super bumpy rocks to pass by. It was rocky and bumpy, and definitely a new experience for all of us. It took some getting used to, but once we realized we were actually able to do it, it felt better.

There was a staircase to get us down. With a little crawling and bending, we made it to the cave. This isn’t the kind of cave that makes you feel claustrophobic. There was enough light getting in, and those were perfect for some amazing pictures. 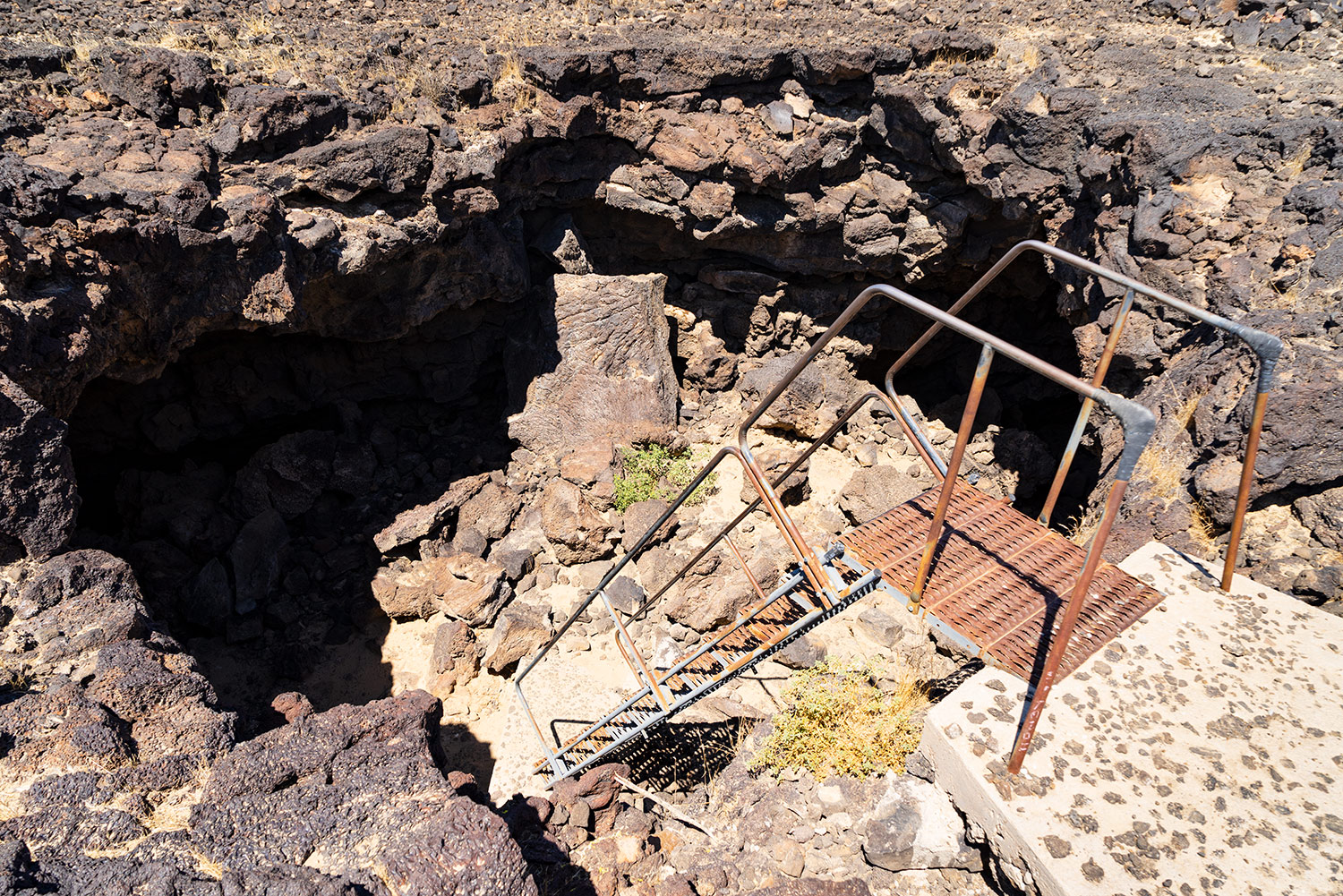 We had a nice time as a family there. We took turns posing to take photos. We were observing the light shining into the cave and how it changed as we blocked light here and there. All of us had a fun stop over and I definitely loved the pictures that came out of here.

When we set out to the Mojave National Preserves, we had plans for more stops on the route. But with the delays caused by the unexpected closure of Kelbaker Road and the different route that came out of entering via Cima Rd, we thought it was best to not stretch ourselves too thin.

So we decided that one major stop was more than enough. Who knows how bumpy or rocky the ride back to Cima Road was going to be. My policy is a good trip should end on a good note and not get stretched into something nasty. And we wanted to be sure that was happening.

We did make a quick stop at the Aiken Mine. It was an abandoned mining site that was filled with so much history. The grounds were flat and somewhat reddish pink. You could see equipment still in place and abandoned sheds. We even saw few abandoned vehicles. So much was left behind to decay.

As we continued driving out, we also saw an interesting rock arch structure that aptly looked like a portal to another realm of sorts. Standing high and tall amongst other low lying plants and sand, this arch really stood out. 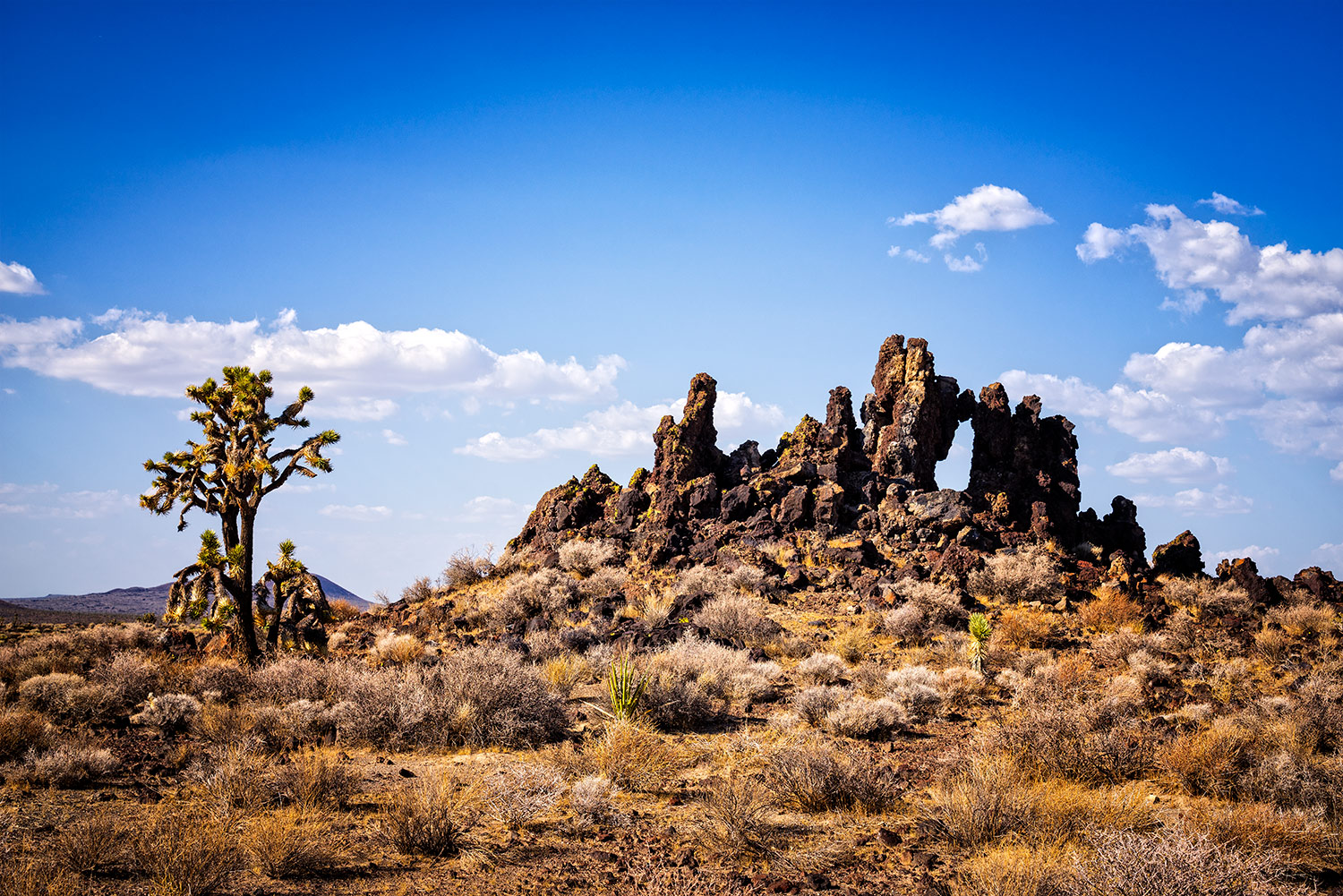 The ride back did have some tiny rock patches.. but nothing like that hill we had to climb up. Luckily, we never saw a hill like that again. It was fun but man a little too much. I am just starting off with this whole off-roading thing.

However, the road was filled with super soft sand. So much so that the car was swaying from side to side ON ITS OWN. It was going in a zigzag with no intervention from me. A little hard to keep in control but exciting nonetheless.

The other thing we realized again was – NO HUMANS! Not one soul. We were in the center of the middle of nowhere all by ourselves. While a part of me was finding that cool, the other part was wondering how freaky this could get.

The key is ultra-prepared and not rely on humans or cell phones I guess. Fortunately, we had no issues. But I would never want to be stuck there with a problem.

Anyway we drove our way back to Cima Road, where we saw civilization. A welcoming look and a great way to end the day’s trip. And just at the perfect timing.

Overall, it was a good new off-roading experience for us all. We had our doubts at first but all turned out well and it was really fun for me- the one driving and my fellow passengers.

I sure would want to do this again someday soon.