The forecast for this past weekend (Saturday, 11/24/2018) was clear skies. When I looked outside my window in the morning, it was indeed clear skies and not a single speck of clouds to be seen. So I figured there was no point of planning any photography shootout for that day 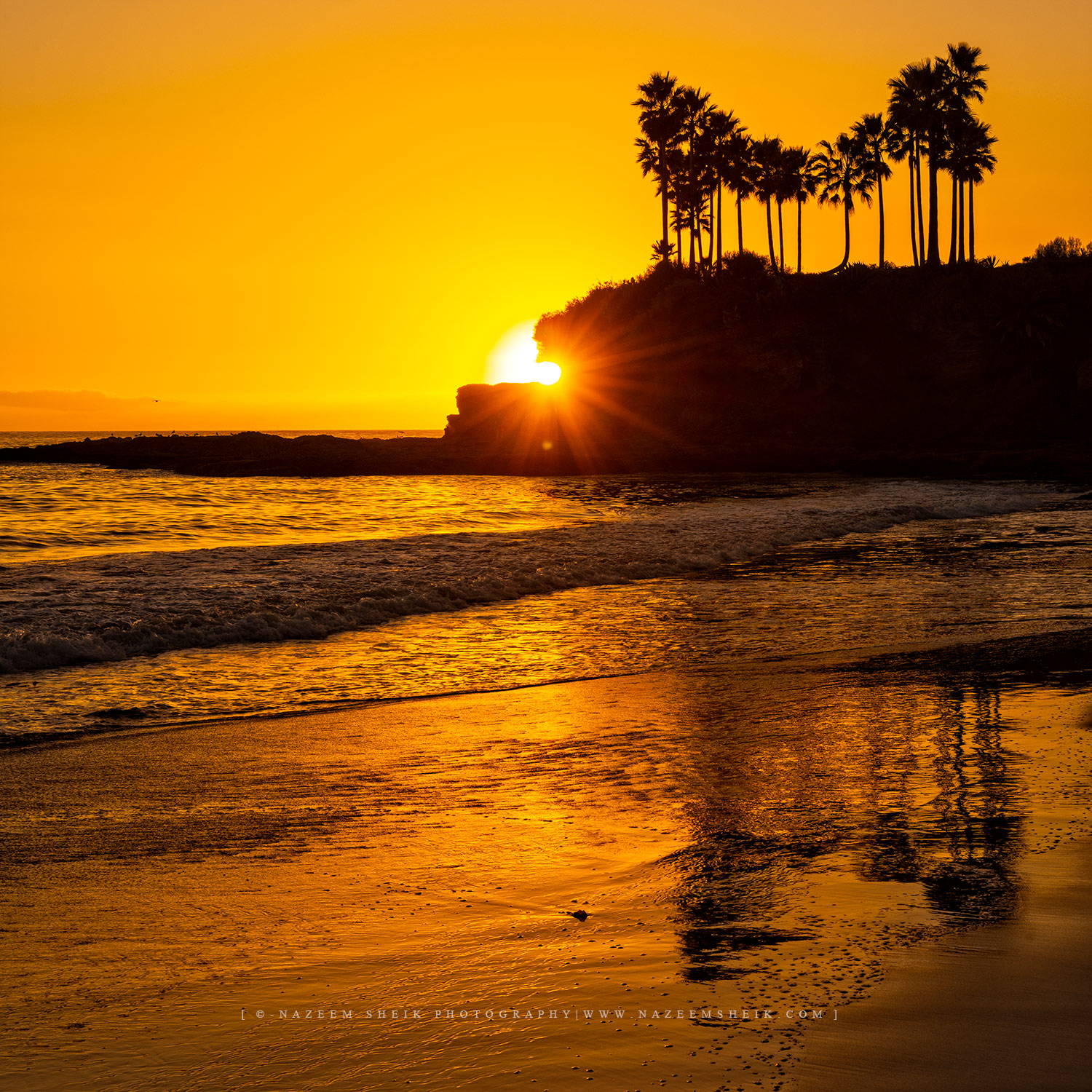 But later in the afternoon, I saw a lot of puffy clouds and decided to go to Shaw’s Cove in Laguna Beach for some sunset pictures. I was hoping to get some photos of a nice cloudy sunset.

I called up a few friends of mine, who are also photographers for a last-minute meetup by the beach. But even the weather doesn’t always work out the way I expect them to. It was quite a bummer because there were no clouds in the horizon towards the west by the beach and all the clouds moved up east towards the mountain.

Little bummed with the change of forecast we decided to stick around for sunset. I have been to this beach several times in the past so I kind of knew the shot that I was aiming for – a Sunstar through one of the cliffs. I checked for the composition using Photo Pills App. Based on the angle at which the sun was going to go down behind the cliff, I had to be really close to the shoreline and waters. I did my best not to get soaked and positioned my camera and tripod and waited for the sun to go down.

I took a few test shots and made sure my settings are correct. When the moment happened, right when the sun was peeking through the cliff, I started taking pictures. I knew it’s going to be difficult to put the Sunstar in one of the corners as per the rule of thirds. I still managed to keep the sun as close as possible in one of the horizon lines along the rule of thirds for a better composition. Sometimes you will have to do your best and not put yourself and your gear in harm’s way.

I took some horizontal and vertical compositions and some bracketed shots for HDR. I kind of liked the pictures that I took and was happy with the way they turned out. Below you will find some pictures from that evening.

While I did get a little down that there were no clouds, I was glad that we made this last minute meetup to take some sunset pictures by the week over the Thanksgiving vacation.