As an immigrant to this country, we only looked at the positive aspects of what this country had to offer and never even imagined the dark history that this county went through to get where it is now.

We have learned a little bit of history about the various wars America was a part of around the world. We would have seen them in different movies, documentaries, and TV series. Though some might be fictional, one-sided, or exaggerated, most of these have some level of truth to them. 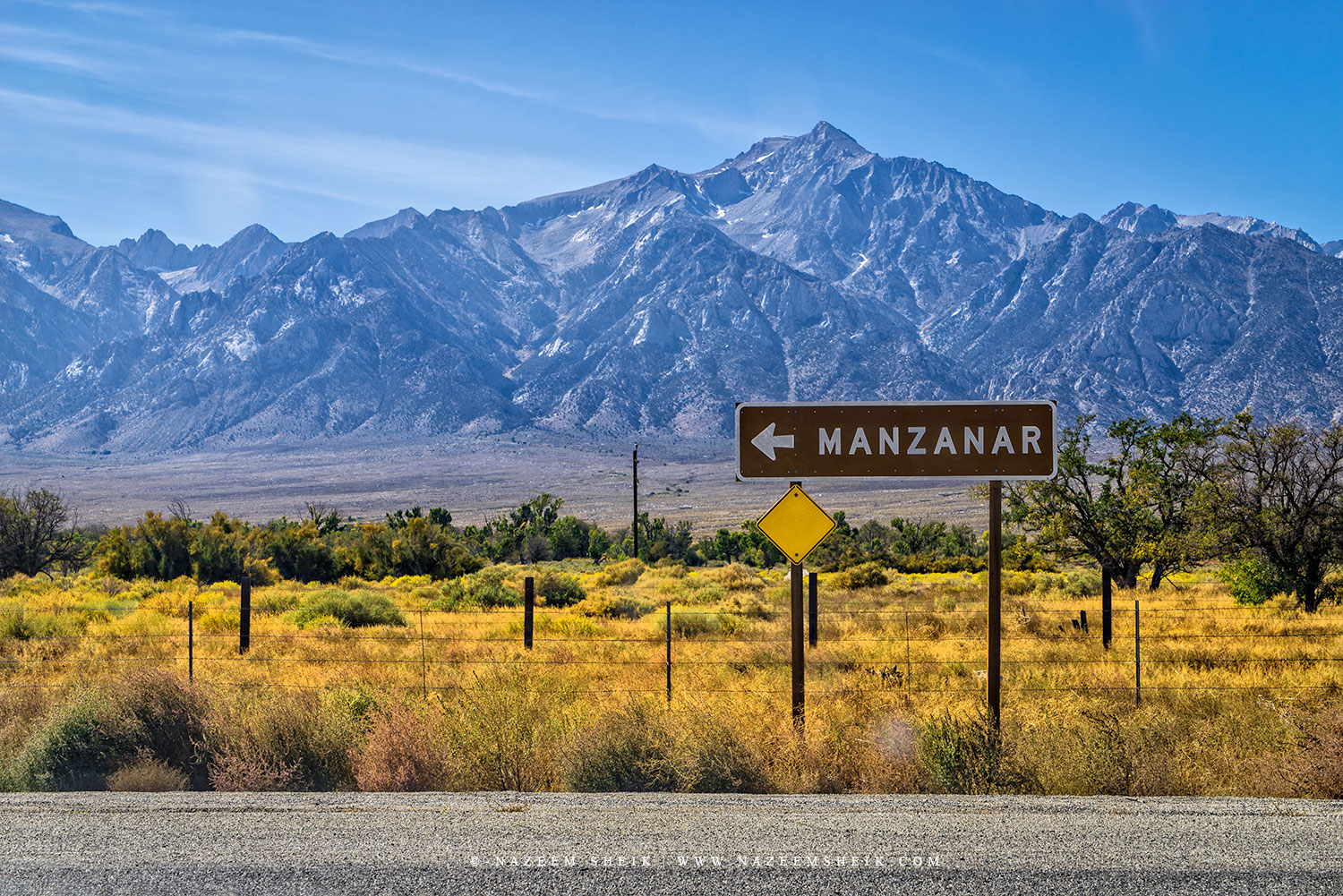 I was really moved after listening to a Fort Minor song – Kenji.  It also got us doing some research to find out more about the historical site Manzanar National Historic Site.  This was one of the ten concentration camps created all across the country during World War II in the wake of the attack on Pearl Harbor. Manzanar is one of the first concentration camps to go up in the California desert in the year 1942.

We learned a lot more when we visited the site.  The visitors center is filled with artifacts from those dark times.  The images displayed tells a sobering story of how life was at that time under constant supervision, and brutal until its closure in the year 1945. Sadly, even at that point, thousands of innocent citizens were displaced and lost again when these camps were dismantled.

The very few structures that remain in the campsite includes the watchtower and a few mockup replica buildings from that time. There also is a white obelisk called the Soul Consoling Tower built in the camp’s cemetery to remember the passings of their loved ones.

While most of the buildings in the site were quickly dismantled and wiped away at the end of the concentration camp, the remnants that have been left behind are being protected as a National Historic Site.

We are glad that we had the opportunity to visit this Manzanar National Historic Site and learn more about one of the darkest hours in the American History.  While this might be a grim place, it does serve as a lesson for the future generations to come.

How to get there
The Manzanar National Historic Site is located along the Highway 395, between the towns of Independence and Lone Pine, at the foot of the Sierra Nevada mountains.

More Images from this place…