My photography buddy Tyler and I were planning to drive up north to Malibu to do some photography along the PCH. Sadly, the Woolsey fire had us changing our plans and we decided to drive to Amboy on Route 66, a Ghost town in the making.

It was about a three-hour drive from Orange County. We left a little early to ensure that we could get there in time for some late evening and sunset shots. Along the way, we drove through another small town called Ludlow and we spotted some interesting dilapidated building. We then decided to drive down to Amboy and back to Ludlow for sunset. Changing plans along the way is typical for me.

Amboy was roughly 30 plus miles away from Ludlow along Route 66. We did a quick stopover at the Amboy Crater. Since we only had a couple of hours for sunset, we decided not to do the hike to the crater and saved that for another trip.

Then we drove to Roy’s Motels and Cafe, a once popular stopover along Route 66 with loads of history on its own.

This was my second time at Amboy. My first trip was in the mid-summer/2017 when the weather was 115 degrees and I did not get to explore much of the ghostly buildings by the cafe. This time the weather was perfect but still warm. Typical desert weather, what do you expect?

We got ourselves a couple of Route 66 root beer to cool ourselves down from the only store, Roy’s cafe and started the exploration we walked around explored some dilapidated buildings and few artifacts on the parking area.

During my first trip, I was unable to access the church building as it was closed but was lucky this time around. One of the doors was open and we got a chance to check inside. We could only imagine how bustling this church would have been during its hay days. It is now in a rundown state. 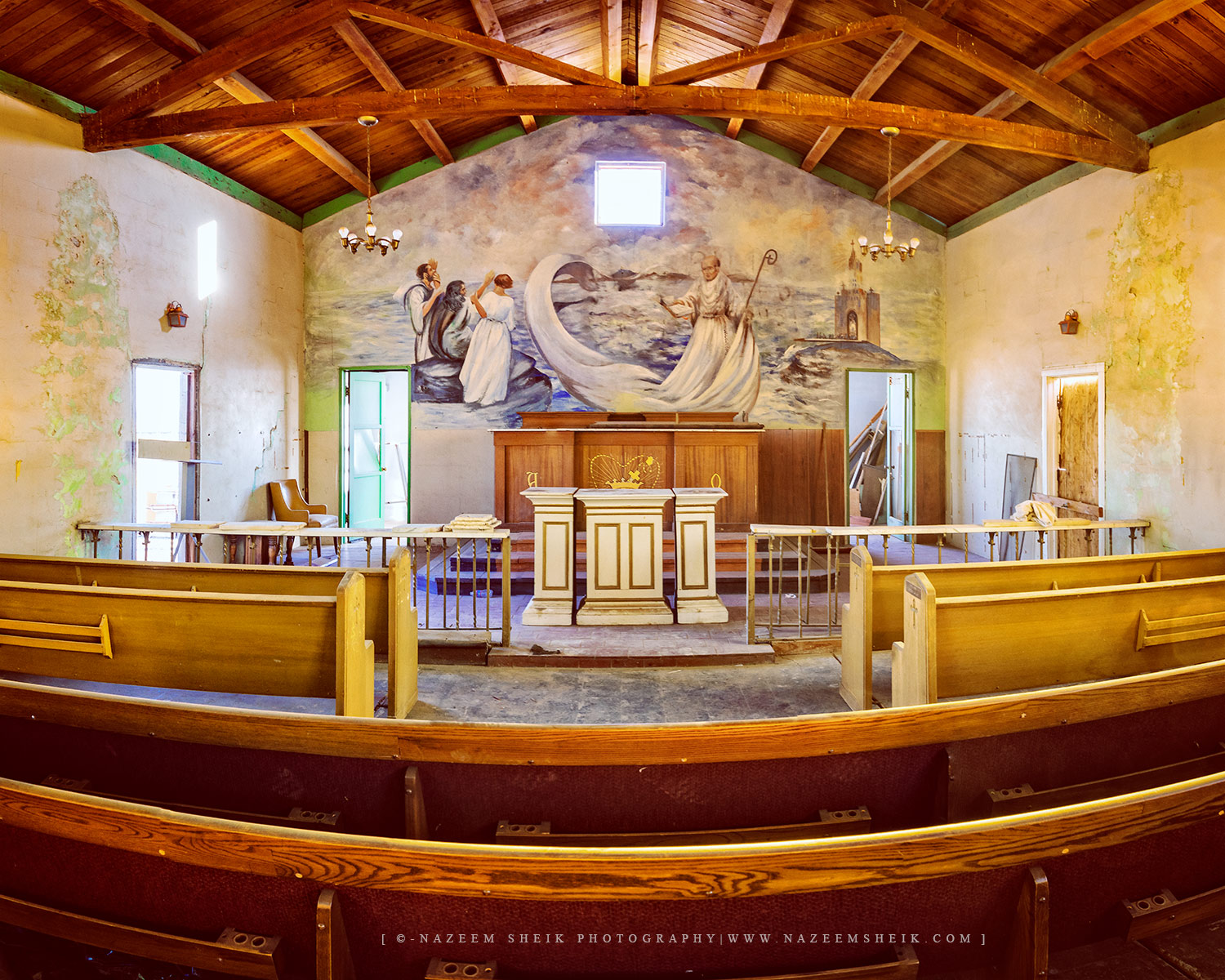 During my research on Amboy, I found a few interesting roadside artifacts placed about four miles east of Roy’s Motel and Cafe near Kelbaker road. A two white marble Yin and Yang guardian lions placed a quarter mile apart. You can easily spot both the lions from the main road. 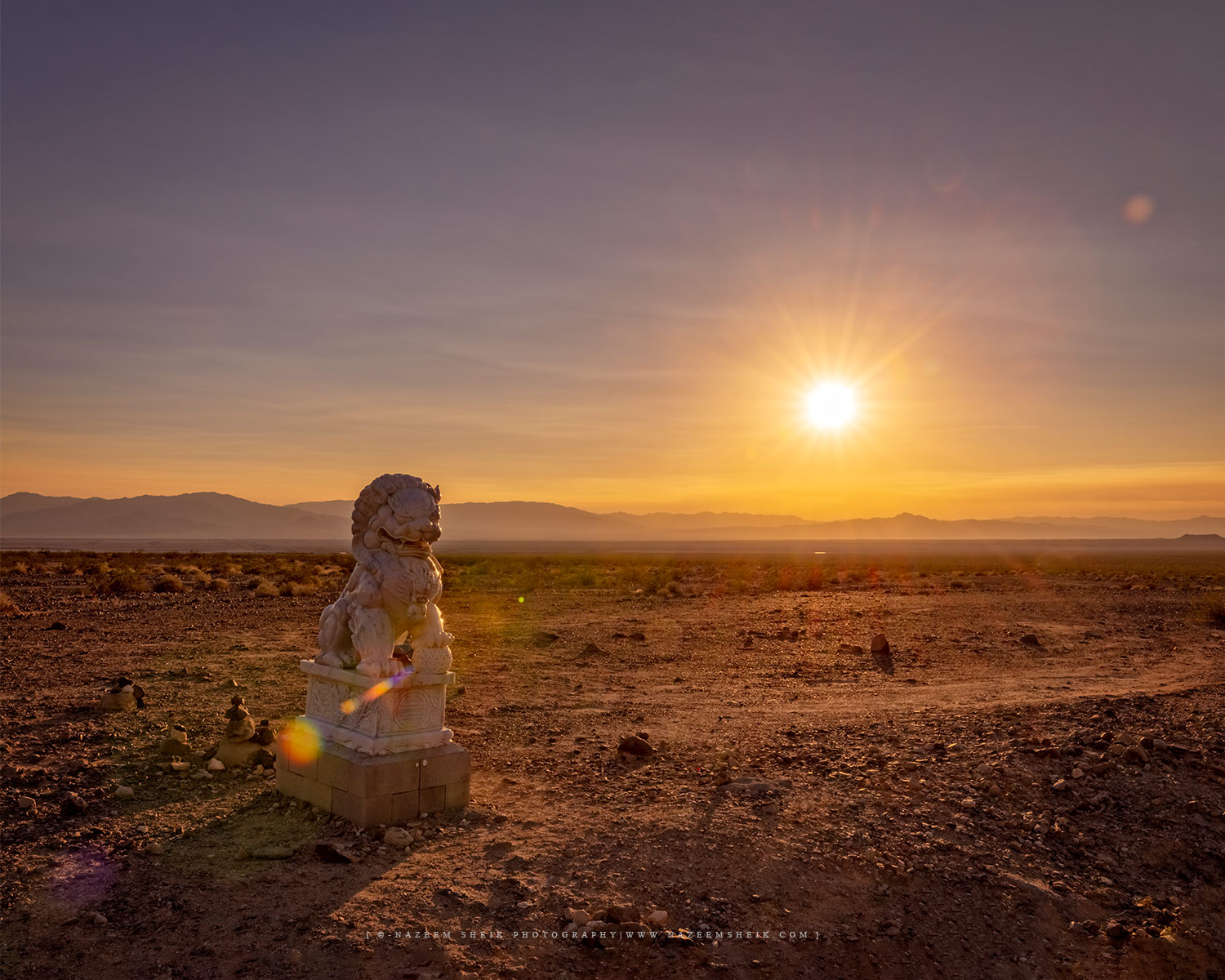 It was nice finding some interesting artifacts out in the middle of nowhere with some mystery to it. It is unknown how the lion statues got there and that research is for another day. We did a quick stop and snapped some pictures and decided to head back to Ludlow for sunset.